The Luck of the Draw

Luck?  No, I'm not thinking about Poker.  As usual, I'm thinking about horses or, in this case rather, the breeding of them.
Good and knowledgable horsemen study pedigrees, phenotype, show records and everything else.  They consider the mare versus the potential sires' strengths as well as weaknesses.  They endeavor to make a foal that's better than either parent.  Sometimes it happens and sometimes it doesn't.  If you breed often, the role of the dice occasionally falls in your favor but then, there's always the "fluke" too - that absolutely gorgeous foal out of very ordinary parents or those world-champion parents who produced a very ordinary foal. 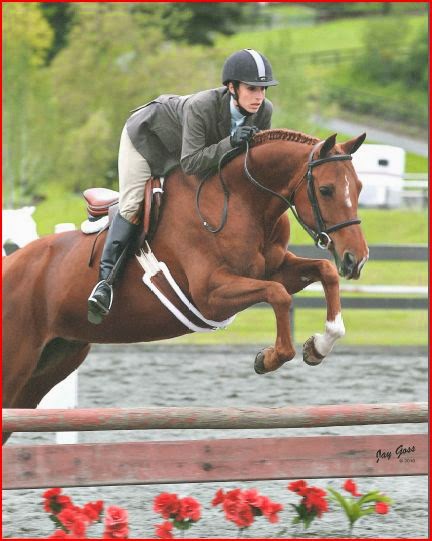 So, what am I leading up to?  That there is a large element of luck in any horse breeding!  People can brag about what smart breeders they are all they want to but in the end it's often a gamble.  If you look at the number of foals top breeders produce to get that top colt or filly, you'll see that along with all that study and planning - luck often also figures in.  (I guess I'm just a little tired of hearing the
media talk about how smart the breeders of California Chrome are and just how stupid everybody else was!)
I have bred just one mare in my career.  A mare I dearly loved and that I thought was worth attempting to reproduce.  I did my homework and found I had a vision in mind when I picked the stallion and I got a really nice filly out of the cross.  She's now a multiple National Champion and has done more than I dared dream she'd accomplish.
But, no - the filly, "Tilly" wasn't exactly what I had in mind either.  She loves to jump and is very good at it but I don't train Jumpers - that certainly was not in my "vision".  See what I mean?  You just never know the outcome when you decide to breed.  Was I smarter than someone else to end up with a multiple National Champion out of one cross?  Absolutely not!  I just won the "luck of the draw"!   Talk to you next week, JD.

Posted by Jackie Davenport at 6:31 PM